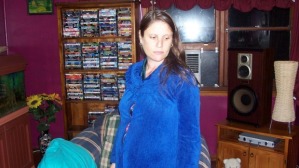 Sharon Michelutti was found dead in her bedroom on 1st February 2016.

Her long term partner, Gavin Debeyer, who reported that she had tried to kill herself, was subsequently charged with her murder.