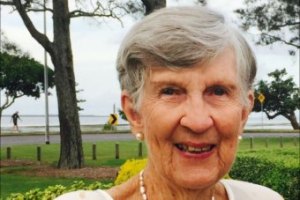 It is with much sadness we report the death of the 35th woman to male violence in Australia this year.

The body of 81 year old Elizabeth “Beth” Kippen was discovered while police investigated a stabbing and property damage rampage in her street on 27th July 2016.

The attacks had also resulted in attacks on a man and a woman in their twenties, with the alleged attacker known to the 26 year old female victim.

Our hearts go out to Ms Kippen’s family & friends.

We report the deaths of women as accurately as possible, updating these records as we are able to. If we have misreported any facts of this case, please contact us. We do not wish to affect any future court actions and will not intentionally publish posts or comments which do this.
Please bear in mind cultural sensitivities when sharing these reports. Where it is not culturally or legally appropriate to do so, we will not report the victim’s name.