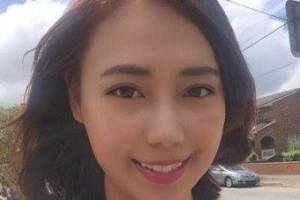 Mengmei (Michelle) Leng, 25, a Chinese international student, was reported missing by her family on Anzac Day after it was claimed she failed to return to her Campsie home from a shopping trip four days earlier.

On Friday 29 April, NSW homicide detectives arrested 27-year-old Derek Barrett, of Newcastle, who is Ms Leng’s uncle, at Campsie Police Station. He was later charged with her murder.

Ms Leng’s body was discovered by a tourist at the NSW Snapper Point blowhole at the Lake Munmorah National Park about 10:30am on Sunday 24 April. She was naked and had been stabbed multiple times in the neck. She had no jewellery, no personal items and no tattoos, and remained unidentified for three days.

Ms Leng lived with her uncle in Campsie, along with her aunt and cousin.

Mr Barrett was refused bail and appeared in Parramatta Local Court via video link today. He did not apply for bail and it was formally refused by the court.

Barrett is due to appear at Burwood Local Court on May 4.